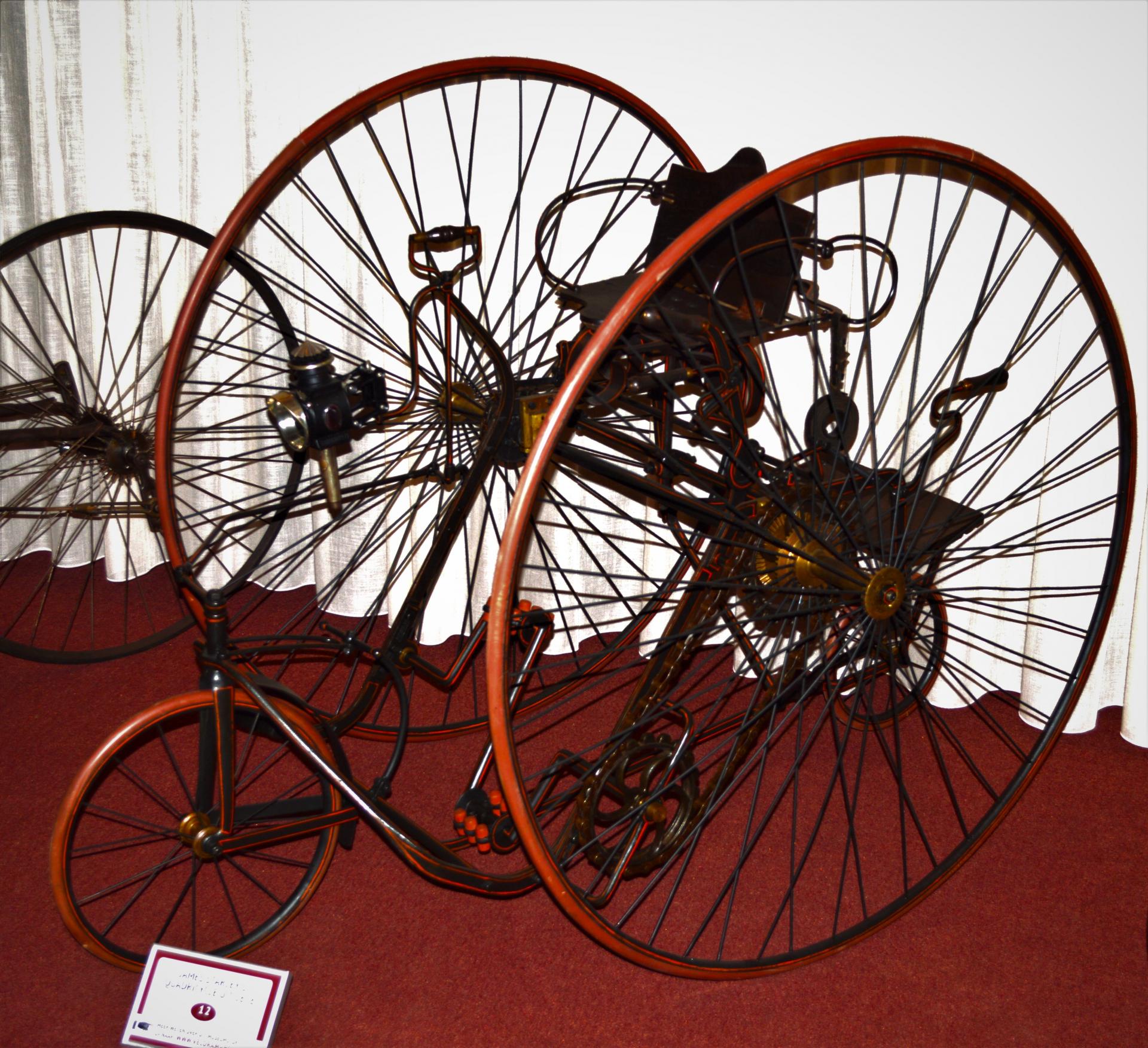 Back to Guided tour 200 years of cycling history
24

the first of its kind

An 1878 quadricycle by inventor James Starley, manufactured by Starley Bros in Coventry, UK. The vehicle was discovered in Switzerland and then purchased in Belgium and has recently been exhibited in the collection of the Velorama National Bicycle Museum. It is the oldest and only example known to date. The saddle can be folded and is suitable for 1 or 2 people thanks to a back to back system.

The inventor James Starley is the spiritual father of the present bicycle industry. He has many important inventions to his credit, including the differential. The Quadricycle has the oldest known example of this system. Starley patented his invention on 5 September 1877.

The manufacturers of the first cars liked to use the inventions of the bicycle manufacturers, the differences, the tyres, the lighting, etc.
A car cannot do without a differential, i.e. a system of gears that allows different speeds to be reached with a single driving axle and wheels on the left and right. When cornering, the inside wheel has to travel a shorter distance than the outside wheel, although both wheels are driven. Two years ago, the Velorama Quadricycle was still in poor condition and incomplete. The front wheel with the steering mechanism was missing. The front and rear parts had been heavily modified by different owners in the past. The drive chain and differentials were originally covered with a protective case to protect them from dirt and grease. To keep Starley's improvements visible, this box was removed during the recent restoration. 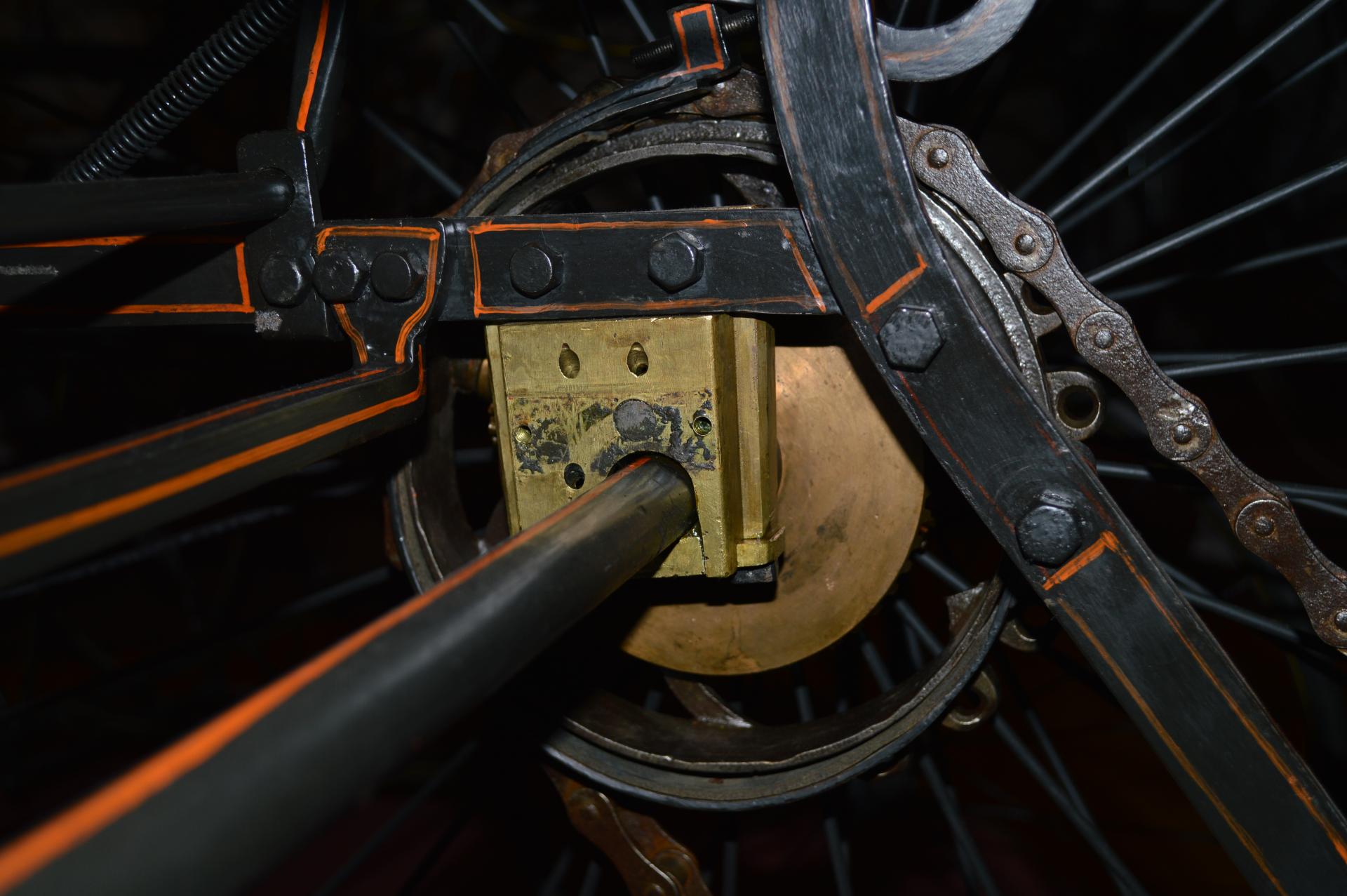 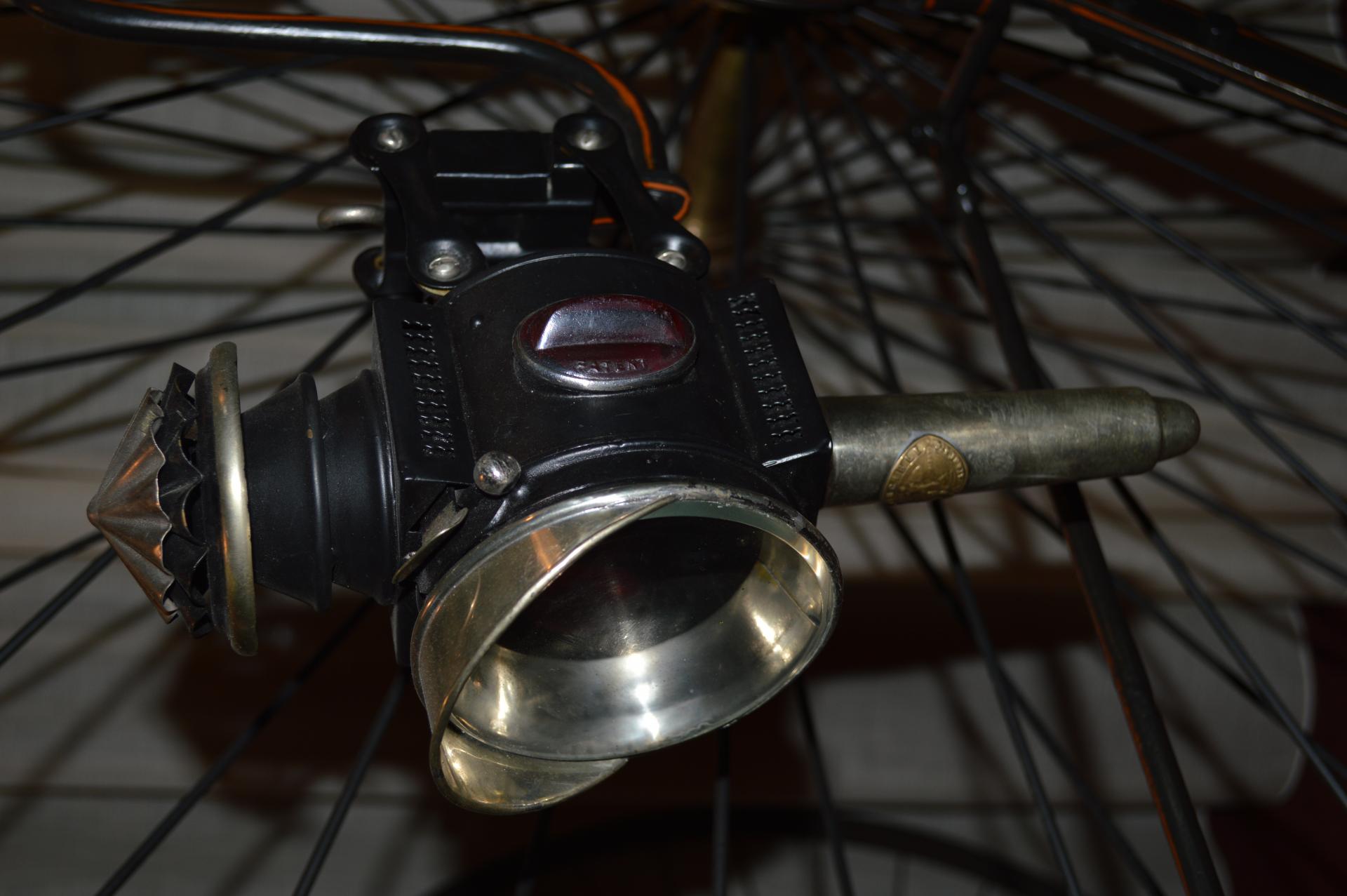 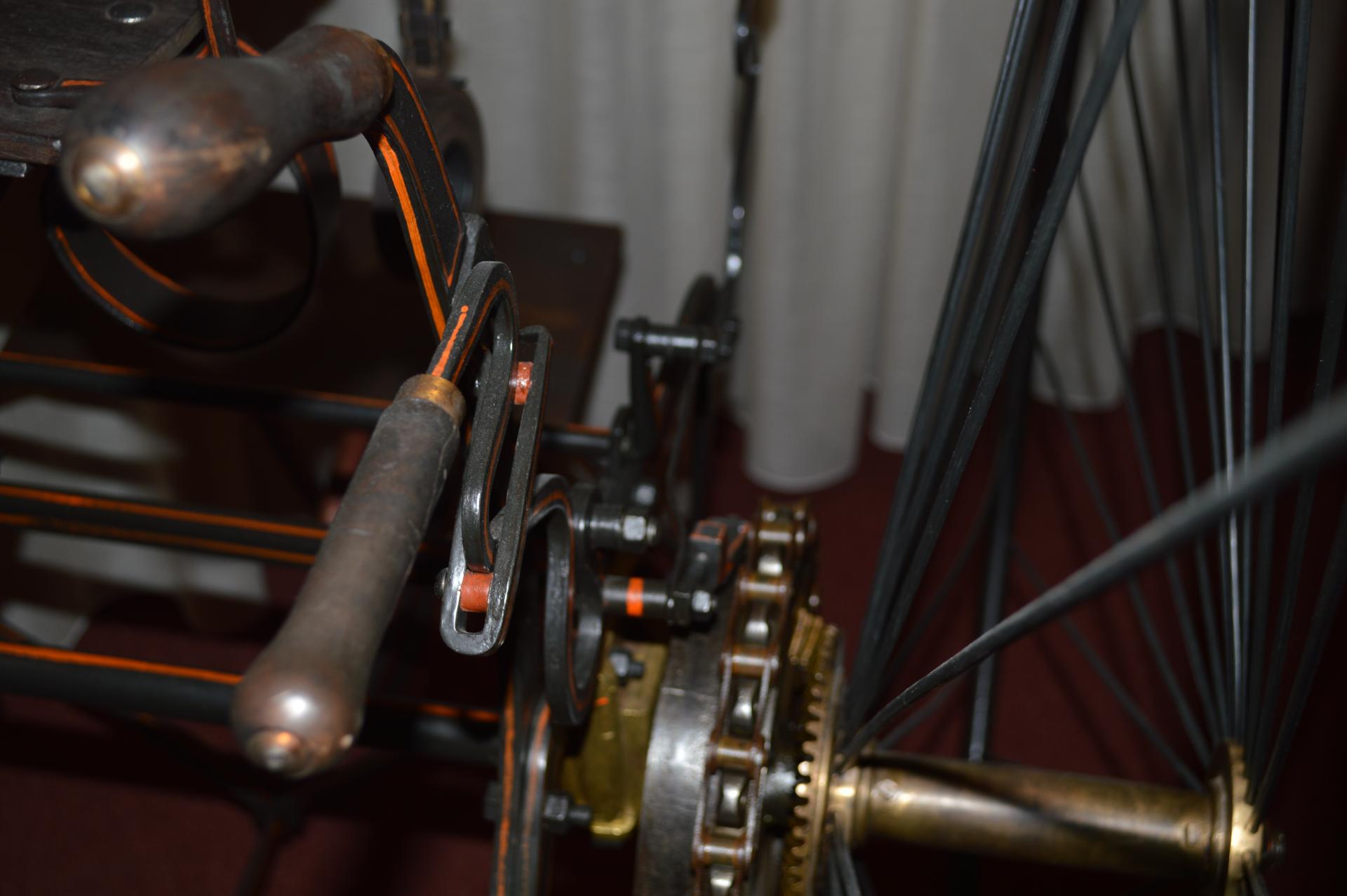 Back to Guided tour 200 years of cycling history